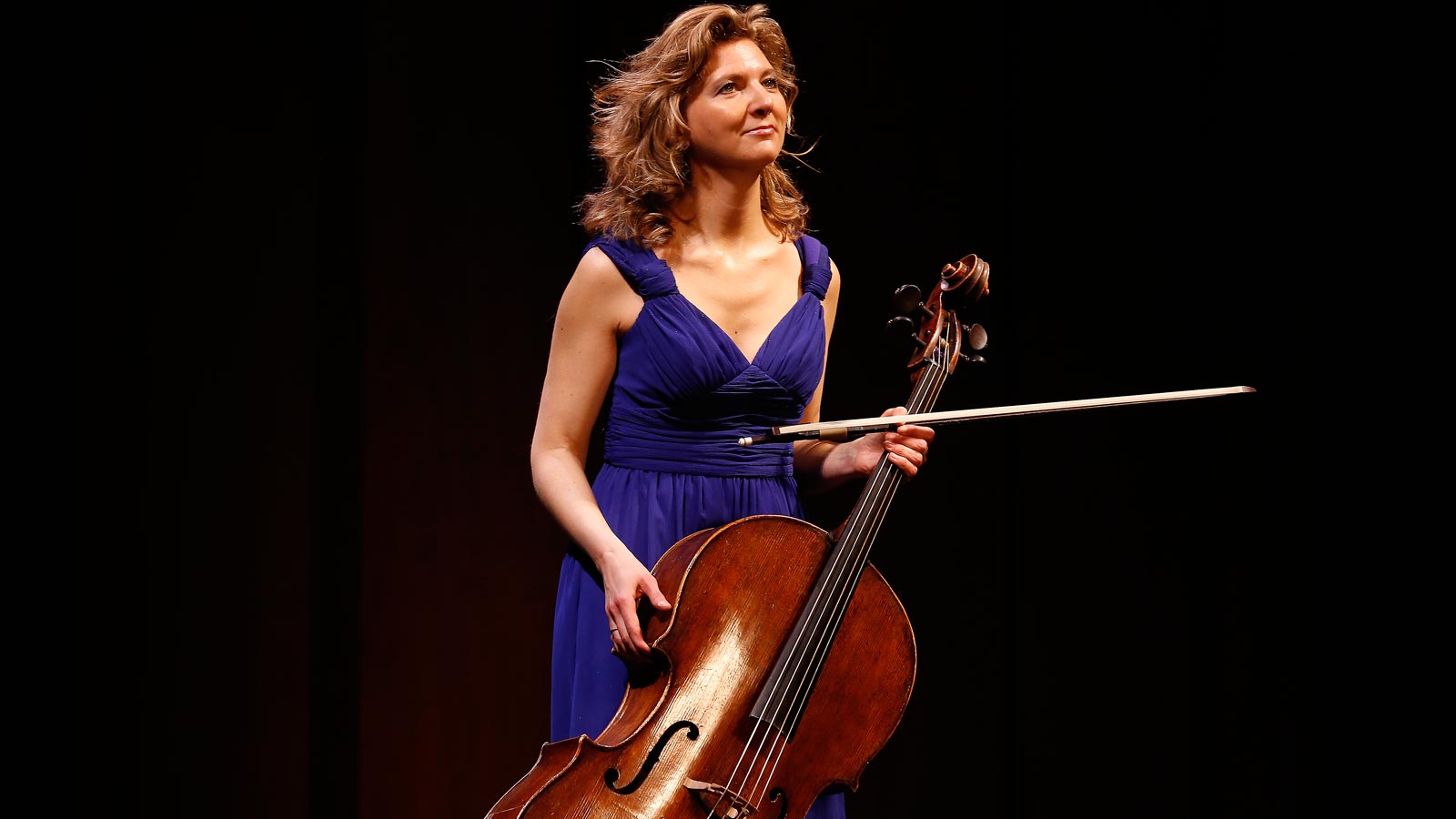 Her “technical fluency is unimpeachable. Her intonation … is impeccable. She plays with a ripe, absolutely luscious tone. Her use of vibrato is circumspect and period-appropriate. She is scrupulous about observing repeats and her use of ornamentation is elegant and understated. The fluidity and unself-conscious physicality of Gaillard’s playing keeps the listener aware that, except for the preludes, this is sunny, dance-based music.”

An insatiable curiosity, a taste for risk, an immoderate appetite for the whole of the concerted cello repertoire, complete disregard of limits and petty quarrels: those are no doubt the features that have always set this brilliant Franco-Swiss musician apart. Her passion? Working from the sources, inquiring into the text, using her virtuosity to bring out the musical discourse and make the music loved by all.

Named  “Revelation: Solo Instrumentalist of the Year” at the French Classical Music Awards(Victoires) in 2003, she has since appeared in recital at many prestigious venues: Concertgebouw Bruges and Amsterdam; Bozarand Flagey, Brussels; the theatres of Bordeaux, Avignon, Poissy, Aix-en-Provence; the Théâtre du Châtelet in Paris; Oji Hall, Tokyo; London’s Wigmore Hall; and so on.

Her solo album Dreams (Aparté) recorded in 2009  at the legendary Abbey Road Studios in London with the Royal Philharmonic Orchestra, proved to be a great public success.

2015 her double ALVORADA CD was awardedStar Recording by the Strad Magazine. This programme, a journey into popular Spanish and Latin American musics was on tour in France, Italy(MiTo Festival), Mexico (Cervantino Festival), withBrazilian singer Toquinho among others and 2016 her second CPEBACH recording was hailed by the critic and received a Diapason d’or, Choc de la Musique Classica, FFFF Telerama.

Among other recordings highly acclaimed as well, Exils with Bloch’s Schelomo coupled with the Korngold’s cello concerto with the Monte-Carlo Philharmonic Orchestra under British conductorJames Judd, Strauss’ Don Quixote with the CzechNational Symphony Orchestra, Boccherini with Pulcinella Orchestra.

After a double album dedicated to Boccherini in 2019 recorded with the complicity of Sandrine Piau, Ophélie Gaillard and Pulcinella won in 2020 a wide audience success thanks to a double album Vivaldi, I colori dell’ombra recorded during the health crisis with mezzo-sopranos Lucile Richardot and Delphine Galou.

Beginning of 2021, Ophélie Gaillard offers us a journey through 100 years of opera arias with her new recording « Cellopera» accompanied by the “Vienna Morphing Orchestra”, under the baton of Frédéric Chaslin, thanks to transcriptions for cello and orchestra of works by Mozart, Verdi, Tchaikovski, Offenbach and Puccini.

March 2022, back to the 1730s, Ophélie Gaillard and Pulcinella together with guest artists Sandrine Piau and Lucile Richardot, meet Italian composers who tried their luck in London, such as Geminiani, Porpora, Bononcini and spend a poetic « Night in London ».

2014 she was appointed Professor at the Haute Ecole de Musique in Geneva and her recording of Carl Philipp Emanuel Bach’s cello concerti with Pulcinella  was awarded DIAPASON D’OR of the year.

Ophélie Gaillard plays a cello by Francesco Goffriller (1737), generously on loan from the CIC, and also an anonymous Flemish violoncello piccolo.